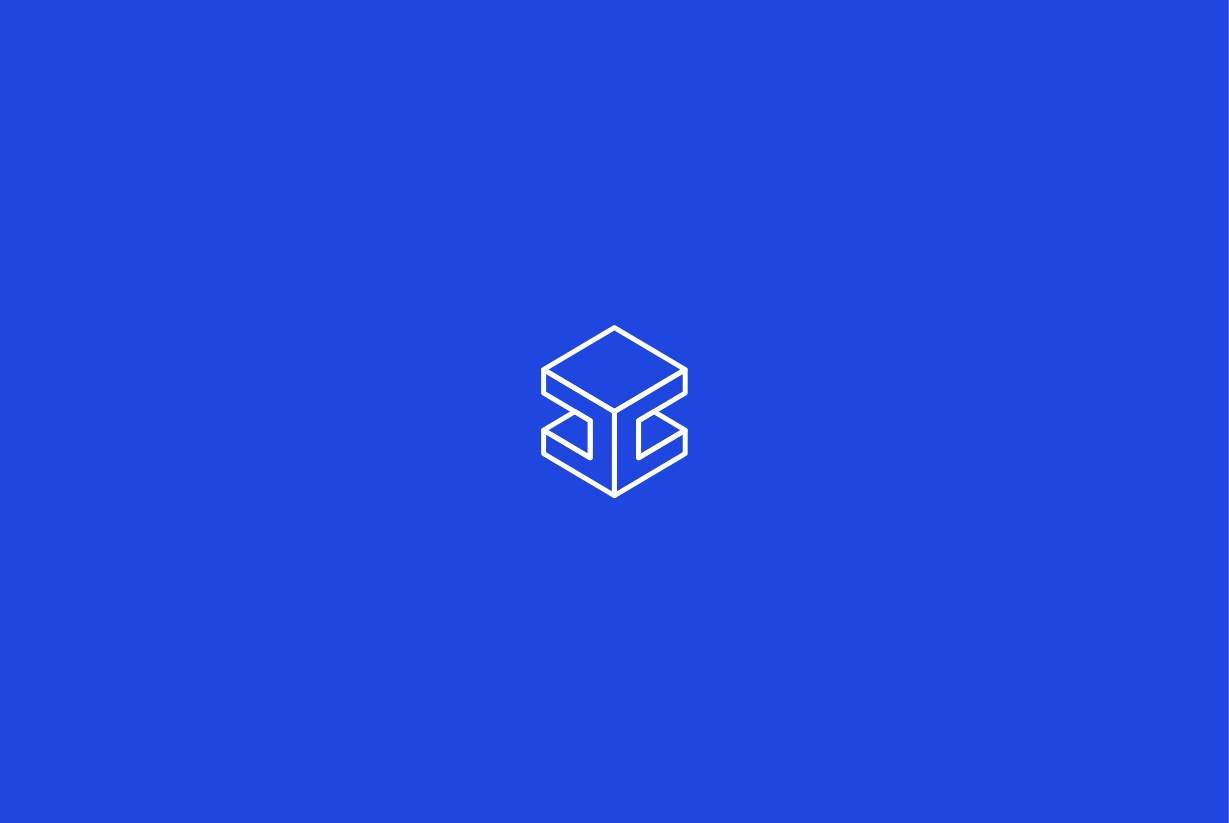 Don’t want to commit to a full read?
Read this essay with Layered Ink

Have you ever built your product so much it became a spaghetti product?

Products which to do so much that it’s just… “made for everybody”! Products that are so entangled because they want to do 10 things at the same time. Let me paint this picture for you:

You’re using a tool and you get a feeling of dread, anxiety and uncertainty. That happens as you have too many options in front of you and you’re not sure which one does what you want it to do. In fact, now you yourself don’t even know what you want to do.

Software was meant to made the world easier and here you are feeling this restlessness when you’re using one — even worse, maybe you made one.

Here’s the pain-inducing problem: indie hackers, SaaSheads and techies get caught up in making so many features that aim for 180 verticals tri-dimensional directions instead of one, focused direction.

Here’s the solution, to put it shortly.

Instead of making one product that does 3 things…

Instead of making a 3-in-1, “all-in-one”, one-stop-shop-solution-for-all-your-needs…

Or any other complicated, convoluted, wired-headphones-tangled “solution”, do this:

Slap an overarching navbar which is your overarching brand. Do 3 products that do one thing only. But instead of being afraid that it’s not doing enough and flooding them with so many features, unite these 3 products by one brand.

I’m going to talk a bit about why and how we got into spaghetti products and then go deeper into my proposal to you.

Don’t want to go through all that? Click here and it’ll take you straight to the solution, unpacked.

But the essence is lost if the tool becomes more complicated than the problem.

Spaghetti products are those products which are too complex for you to understand what they do. That overwhelming feeling you get when you’re tangled can install itself in various places: when you’re in the dashboard of the tool, on their presentation website, or anything in-between these two

And hey, I’ll be nice here: I’m not even talking about these products that have a… what a long, boring and painful meeting concluded as “catchy” — a tagline on their website’s homepage that goes like “Unlocking limitless potential”. Or maybe some other thing that is meant to sound smart and powerful, but doesn’t really tell you (the user) anything.

Take that headline, put in on Slack, Zoom or Dropbox’s website and it’ll work just as fine.

Again, I’m not even taking these into account here.

On a side note, those websites that feel the need to use words which look sophisticated but are empty do that because of one reason: they themselves got tangled in their product. They are doing that’s so far from being simple (most of the time it happens out of insecurity), that they’ve robbed themselves of the option of putting it simple.

All you know is that a spaghetti tool can do a lot of stuff, and that “Maybe one day I’ll need this feature! Yeah yeah it would be good to one day to this thing that the tool offers!”

But that’s about it.

What about the task at hand?

There’s no clear path between what you need done and how you get there — at least not as often as it should be, since you have so many options.

If you’ve ever built a product, you know this

Chances are, you’ve got yourself in that situation at one point: you’ve build something that’s spaghetti. If you didn’t, congrats — you’re special.

But if you’re like me, you’ve found yourself at least in a position where you have to imagine how to explain your SaaS product to someone else… and that in itself gave you a migraine.

Why does this happen?

I cannot know, but I have a theory.

Hackers (developers, designers, engineers, product people etc.) understand that a product is very very fragile in the beginning. A plethora of things come up:

I want to draw your attention to that Excel bit: the second last bullet point.

The answer to “Why does this happen?” can be found in the previous post.

But to put the gist of it in words, techie builders are drawing lessons that are past their expiry date. Drawing inspiration from Apple’s website today leads you down a wrong path. You’d be better off looking at Apple’s first year — but in 1976 the world was totally different from the way it is now. So if I put it this way, you understand why drawing lessons from Apple can lead to a technically sound idea, but ultimately wrong.

To get back to this article: looking at Excel and trying to aim at their flexibility is also wrong.

And Excel is an exaggeration here — no one is awed by Excel for its product/market fit or some other weird names we give for “how likely it is to be profitable”. I’m using it as an example for how complex it is and how flexible it is (meaning: how many… features it’s got).

Replace Excel with Stripe/Dropbox/etc and the idea is there.

Products only get more complicated in time, never simpler. Maybe they do, but very very rarely.

Here’s the deal: you don’t want to build Excel. Especially if you’re a small team (more so if you’re a team of one).

The reason why spaghetti products happen is because the wrong kind of lessons are drawn from “successful” products: advice that is past the expiry date.

Check out the article to see who to draw lessons from.

Build 3 products instead of 3 features that, together, make a product too entangled.

It’s what big companies do: they create holding companies.

They do that out of necessity, because they’ve created so many products. But you can do the same, for the sake of simplicity, not for the sake of not having an alternative (which is what big companies encounter).

Focus on the overarching brand as if it was a 4th product.

If one product does very well, the others will be “dragged” too. If one of the products goes viral and that overarching navbar is there, people are going to wonder “What is that? What else do they make?”

It’s as if you’re advertising your other products… but if all 3 products are made for the same audience (you wanted to put all of them in one product initially, correct?), they should waterfall into each other.

Does it work? We’ll tell you how it goes.

The truth is, we don’t know if this works. But here’s the thing: we’re doing it ourselves. And we’ll let you know how it works over the following years.

I had a 3-in-1 idea that was just too complicated. It gave me the migraine that I was talking about earlier — and I don’t know that much stuff, less so how to position a product that is hard to position.

So I tried making it a downhill battle for myself, instead of an uphill one.

Of course, these ideas were not simple, basic features. These were features that can be turned into a product. I wouldn’t have been able to pull through (mentally) with an over-complicated product.

Besides, there was too much risk: I’d have found out too late whether people wanted, used and paid this megalo-beast of a product or not — after spending a lot.

Here’s the beautiful thing: once I decided to split them into 3, they not only were not entangled anymore — they were allowed to grow in a different direction, each. Whereas before they would’ve gone everywhere and nowhere at the same time (think of 3 vectors that can cancel each other), now they had space the flourish, since they were 3 plants in 3 separate pots.

Yeah okay it may sound cool but… is it working?

Well, I don’t know if it will work out in the end, because I don’t have the clear evidence. But I can tell you for sure three things:

We’ll try adopting our own idea.

We might not get it right in the beginning, but that’s the thing: it’s easier to keep it simple if you start simple, with 3 separate lanes.

We’ll adopt our own idea with the overarching brand called the CH Group.

At the same time, it feels like a perfect fit for me, as I’m building the first family-owned SaaS company. 3 SaaS products, one family business.

P.S: in a meta sort of way, this article was initially a 2-in-1. I started writing it and I had mixed both the ideas that I explained earlier and the ideas I’ve written in this previous post.

It’s like ideas are this cloud that comes out of the genie lamp and you can either have a mutant (which is the easy way out: writing with no editing, filming without directing, building a product without respecting a philosophy) or you can be cruel and harsh and cut the mutant into two separate beasts.

The feeling is… it just sucks. That moment when you’re really deep into making it (the software product or this article, in my case) and you realise it’s “conjoined”.

You have to be cruel — you can’t be all the time, or at least I can’t — and cut through it. In my case, I found it hard to be cruel and cut the second essay out of this very essay you’re reading.

But I know the alternative is worse: 2 ideas that are disconnected, disconnect the user and disconnect myself from the flow.

I’m Ch Daniel and I founded the CH Group. I’m aiming to build the first family-owned SaaS group. That’s a company that holds a conglomerate of SaaS companies. It’s part of my philosophy: instead of a convoluted product, you’re better off with a group of unique, separate, focused products.

See everything I do here, or, if you want to hear more from the CH Group, subscribe in the footer.